skip to main | skip to sidebar

When our Cruisette was built its serial number plate was attched to the shell with steel panhead screws aft of the door. 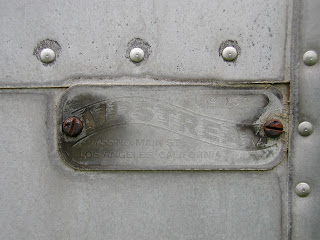 Over 5 + decades of the great outdoors made them brown with rust which also stained the plate.  My handy-dandy jar of misfit screws contained a couple of exact duplicates.  Same size, same shape.   Booyah!!
I took off the old ones, cleaned and polished the plate and re-installed it with the "new" aluminum ones. 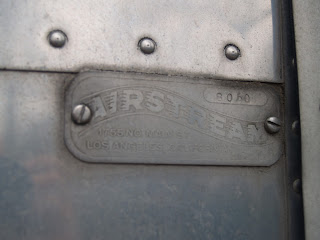 I'll concede its gotten a little dirty again, but no rust! An added bonus was that when I removed the rusty screws a trace of the blue paint that once graced the plate was hidden under the one on the right: 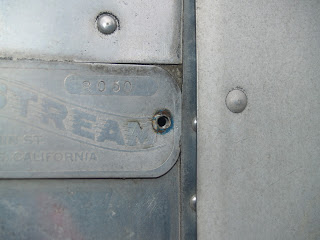 A tiny little clue to take to the paint shop.